You are here:
General Medical 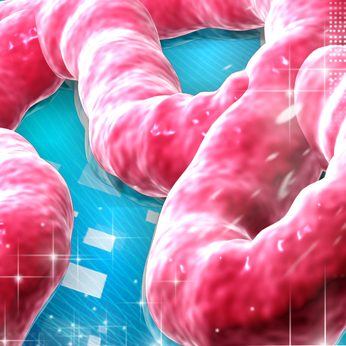 WHAT IS A VIRAL HAEMORRHAGIC FEVER
A group of illnesses caused by several distinct families of viruses.

WHAT IS EBOLA VIRUS DISEASE?

SIGNS AND SYMPTOMS OF EBOLA
Initial signs and symptoms:

Always exclude other possible causes of the signs and symptoms, such as malaria and yellow fever which is endemic in West Africa, other endemic causes of gastrointestinal disease including typhoid, shigellosis etc. Marburg Haemorrhagic Fever has caused major outbreaks in Central and West Africa in the recent past.
Lassa Haemorrhagic Fever is endemic to large parts of West Africa and isolated cases occur on an on-going basis throughout the year, mostly unnoticed by the lay Press and Public…

EVD INCUBATION AND PERIOD OF CONTAGIOUSNESS
The incubation period for EVD is 2 – 21 days.

TREATMENT
No specific treatment or vaccine is currently available for Ebola.

PREVENTING THE INTRODUCTION AND SPREAD OF EBOLA

Travellers and expats leaving West Africa must be advised that, should they experience a  rapid  onset  of  fever  and/or  extreme  malaise  within  2-21  days  after  leaving  the  host country, they are to:

SHOULD YOU CONSIDER CLOSING DOWN BUSINESS / WITHDRAWING EXPATS / STOP TRAVELLING IN WEST AFRICA?

In our considered opinion, bearing all the above factors in mind, NO.

PERSPECTIVES
YELLOW  FEVER is  a  viral  haemorrhagic  fever  affecting  200  000  people  in  Africa  and  South America annually. It kills 30 000 people a year – yet travellers have to be begged and regulated by law to have the safe and effective, freely available vaccine. Mosquitoes, not close contact with a patient, transmit the virus.
POLIO was declared a ‘public health emergency of international concern’ (PHEIC) in May 2014. Polio continues to maim and kill thousands of children and some adults around the world in spite of the WHO attempting to eradicate this viral disease spread in food and water and by droplets from person to person. It is vaccine preventable yet travellers have to be begged and regulated to take the vaccine. As part of the PHEIC, the WHO declared that travellers who are resident in countries  that  continue  to  have  wild  polio  in  circulation  and / or  are  exporting  polio  cases, travellers from these countries MUST show proof of adequate primary vaccination AND an adult booster  in  the  last  12  months  prior  to  travel.  Few countries and individuals pay any notice… In the  horn  of  Africa,  previously  polio free,  an  outbreak  of  polio  was  reported  in  May  2013 – there were  218  cases  in  Somalia,  Ethiopia  and  KENYA – yet  no-one  is  considering  deferring / cancelling travel to any of these countries for this reason. Why would travellers now avoid Kenya because of the possibility of an Ebola case arriving there? (Paris with ample connections to West Africa has at least the same risk but has not received the same “red card”)
SEASONAL  INFLUENZA results in about  3  to 5 million cases of  severe illness,  and  about  250 000  to  500  000  deaths  all  over  the  world – yet  seasonal  influenza  vaccine  uptake  is,  with  rare exceptions in the Industrialised world, dismal – in particular in Africa.
MALARIA kills ±1 700 people A DAY – mostly in Africa. Yet travellers have to be begged to take mosquito  bite  precautions  and  effective  chemoprophylaxis  when  travelling  to  high-risk  malaria areas.